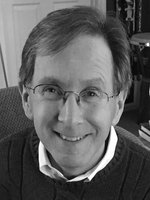 On Wednesday July 10, 2019, Dr. Michael G. Burke, loving husband to Missy Scoville Burke and father to three daughters, Tessa, Madigan and Natalie, passed away suddenly. Born in 1957, Michael grew up in Syracuse, New York with his parents John D. Burke and Margaret Burke and five siblings, Jack, Patti, Jim, Peggy and Kathleen. He began his career as the best loved paperboy on the block, stopping at each neighbor’s front step to greet them and talk about whatever news the paper held. After graduating from Christian Brother’s Academy High School, he continued his studies at Georgetown University where he met his best friend and future wife, Missy. He went on to SUNY Upstate Medical University to study Pediatric medicine.

Shortly after finishing his residency at the University of Wisconsin, Madison, he moved to Baltimore, where he first worked at Francis Scott Key Hospital, now Hopkins Bayview Medical Center, and then at St. Agnes Hospital as Chairman of Pediatrics and as a Pediatric hospitalist until his death. Michael was loved and admired as a teacher in the Hopkins Residency program. He always looked forward to the 1st of July when he would get to meet the next class of eager, new physicians. Michael advocated for the under-served and disenfranchised in both his professional and personal life. His work in Haiti over the last twenty years through St. Louis Church was a joy to him and changed the lives of many.

Michael lived his life purposefully, with kindness, thoughtfulness and gratitude. He was a devoted listener and had a generous manner with all those he encountered. He was open and honest, always giving the right amount of input and advice without judgment. Countless people looked to him as a role model and hoped to emulate his caring nature as a father, husband, mentor, teacher and friend. He was many people’s emergency contact and primary confidante.

He had the opportunity to care for and get to know countless children and their families. His ability to connect with and listen to children will forever be unmatched. Michael never met a tiny baby that he couldn’t comfort and put to sleep in his arms.

He was both joyful and goofy, had a great sense of humor, and was never too proud to laugh at himself. He loved crosswords, sorbet, Sea Isle City, green grapes and sitting on the back porch gazing at the beautiful forest behind the house. Always a worrier, he was constantly focused on the safety and well-being of his loved ones.

He was happiest when his family was at his side. It was fitting that they were all there, holding him, when he passed. Michael leaves behind a lasting imprint of joy and kindness on the people who had a chance to know him.

Michael was preceded in death by his father, John, and his mother, Margaret. He is survived by his wife, Missy, his three daughters, Tessa Burke, Madigan Burke and Natalie Burke, his siblings and their spouses Jack and Claire Burke, Patti and Tim McNamara, Jim and Sarah Burke, Peggy and Lou Frio and Kathleen and Kevin Barry, his son-in-law Adam Lovallo, his soon-to-be daughter-in-law Liz Joynt and his soon-to-be grandchildren Ida and Merce as well as fourteen nieces and nephews and countless dear friends.

A wake will be held Saturday, July 20th from 9 to 10:30 am at Edward J Ryan & Son Funeral Home (3180 Bellevue Avenue, Syracuse, New York 13219) followed by a memorial service at 10:30 am at the funeral home. Private burial services will follow at St. Mary’s cemetery.