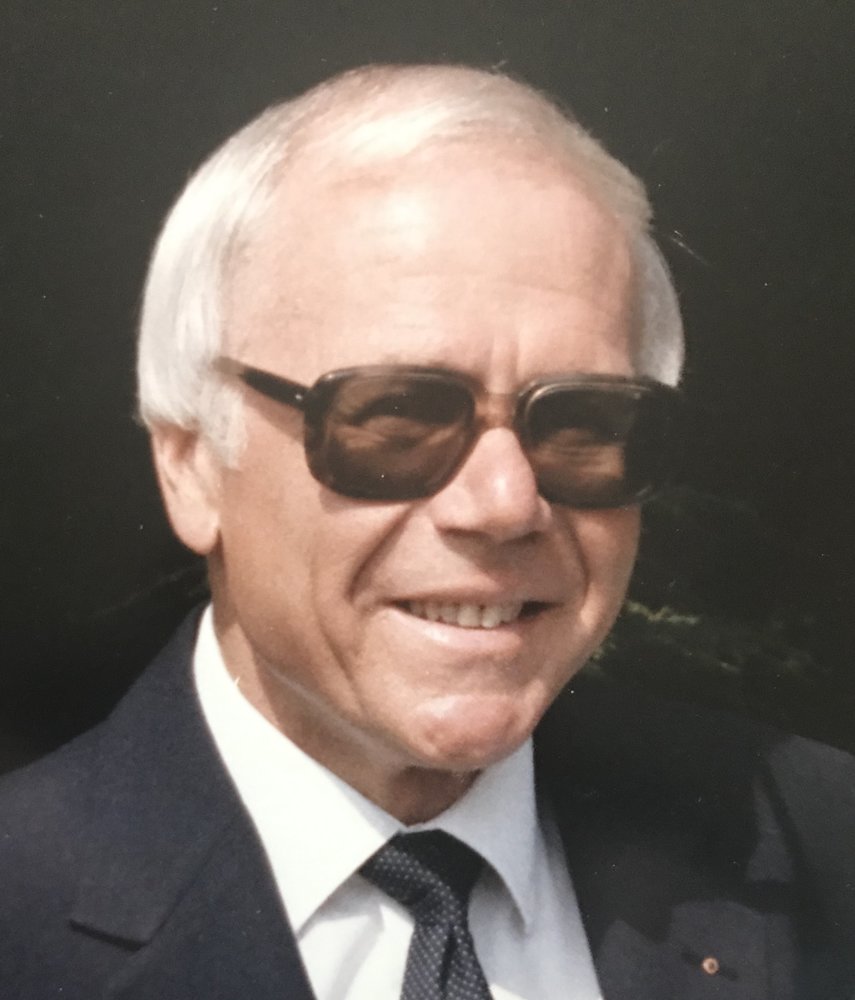 Frederick L. Kolovrat, 85, passed away Tuesday March 26, 2019, at Upstate Medical Center in Syracuse, NY.  Born April 13, 1933, in Malvern, PA, he was the son of the late Ignatius and Katherine Ceschan Kolovrat.  Fred attended Canisius High School in Buffalo, NY where his family moved when he was ten. He later served in the U.S. Air Force, as a member of the 13th Bomb Squadron, in the Korean War.

Upon returning stateside he began dating Eleanor Peissinger, whom he had met prior to his deployment, and had maintained a correspondence with while overseas. The couple were married on September 8, 1956 in St. Matthew’s Church in Buffalo.  He was employed as a tool and die maker with Bell Aircraft until 1959, when he accepted a position as a technical writer with General Electric’s Heavy Military Electronics Department, where he remained for 32 years, working in Syracuse and Scotia, NY, eventually rising to the position of General Manager in HMED’s Proposal Support Department. While at GE, he made many lifelong friends, some of whom became like family to him, and his wife and son. Upon retirement, he started his own consulting company, where he worked until he was 70, traveling the world and meeting many new friends.

He was also an avid outdoorsman, running trap lines as a boy in Pennsylvania, hunting, fishing, camping, cross country skiing, and sailing his boat, “Good Things”. In his 40s, he developed a passion for running, competing in dozens of events, including the New York and Marine Corp. marathons.  Fred was a beloved husband, father, and grandfather. He and Eleanor shared a love of the Outer Banks of North Carolina, visiting there every spring for over 30 years. He instilled in his son a love and respect for the outdoors, teaching him how to fish, hunt, and sail. And, he enjoyed spending time, be it in person, or over the phone, with his two granddaughters, imparting “life lessons” upon them whenever he could. He also enjoyed the love and friendship of his entire family,  traveling to Germany dozens of times to visit his aunts, uncles, and cousins, as well as those of his wife.

Mr. Kolovrat was preceded in death by his parents, as well as his brother, William I. Kolovrat.  He is survived by his wife of 62 years, Eleanor (née Peissinger), his son, Jeffrey (Marion) of McLeansville, NC, granddaughters, Melissa Goymerac (Michael) of St. Louis, MO and Jacqueline Kolovrat of Brooklyn, NY, great-grandchildren Ronan, Carys, and Quinlan Goymerac, also of St. Louis, as well as his sister-in-law, Ruth Kolovrat of Depew, NY, brother-in-law Robert Peissinger (Mabel) of Williamsville, NY, and nieces, nephews, and cousins.