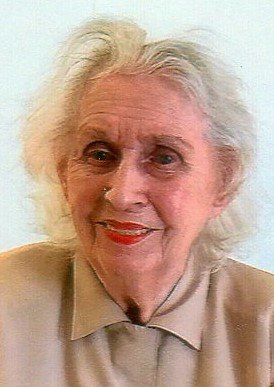 Gladys E. Cooper, 91, of Syracuse, New York, passed away on November 7, 2019.  Although born in the United States when her mother was on a vacation in Buffalo, New York, she had lived-in Dundas, Ontario, Canada until 31 years of age. Mrs. Cooper moved to the United States in 1959 and had been a resident of Syracuse, New York since 1962. Mrs. Cooper enjoyed the privilege and honor of both United States and Canadian citizenship. Mrs. Cooper retired in 1994 after 33 years with Liberty Mutual Insurance Company. Prior to that she had worked for 10 years with the Canadian Department of Veteran’s Affairs in Hamilton, Ontario assisting Canadian Military Veterans with government assisted housing financing.

Mrs. Cooper enjoyed British and American History and Literature. She was also a ballroom
dancer for many years. She was a communicate of St. Paul’s Episcopal Cathedral in Syracuse, New York.

A Graveside Service will be held in Woodland Cemetery, Hamilton, Ontario with A Saint Mathew on- the Plains Anglican Church in Ontario, Canada.