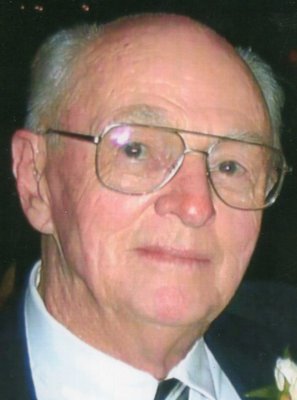 Walter J. Sweeney, age 92, passed away with dignity and in peace on Sunday, January 19, 2020 at Francis House. Walter was born on July 4, 1927. He lived his early life in Northern Pennsylvania. He entered the Navy at 17 following graduation from Montrose High School. After proudly serving aboard the aircraft carrier USS Princeton in both Atlantic and Pacific theatres, he returned home and graduated from the University of Scranton, Class of 1950. Walt began his business career with IBM and later entered the office furniture industry in Binghamton. In 1958 he moved to Syracuse and became the proud owner of what is today known as Syracuse Office Environments. Upon his retirement, he and Jane, his wife of 68 years, enjoyed life in Stuart, FL and Syracuse. He spent his last few years at The Nottingham and made many wonderful friends. Walt served on the Boards of The Chadwick Residence, Catholic Charities and Bellevue Country Club, where he was a member for over 50 years. He volunteered with Meals on Wheels and the Oxford Inn. Together, he and Jane proudly raised five sons and welcomed grandchildren and great grandchildren. Walt was predeceased by his wife, Jane Lannon Sweeney, infant daughter, Joan Marie, brother, Father Robert Sweeney and sister Marie Sweeney. He is survived by his brother Charles (Dorothy), his sons, Vincent (Marbeth), Robert (Mary), Richard, David (Mary Beth) and Kevin (Rose), 12 grandchildren and 8 great grandchildren. He was proud of each and every one of them. Walt is also survived by numerous nieces, nephews and cousins. Walt’s family would like to sincerely thank our “Friends and Family” at Francis House. Not only did they care for Walt with the love of family, they wrapped their arms around us and supported us in our time of need. It truly became “home”. A Mass of Christian Burial will be held Friday, January 24, 2020 at 10am at St. Ann's Church, Onondaga Blvd. Calling hours will be held Thursday, January 23, 2020 from 4-7pm at the Edward J. Ryan & Son Funeral Home, 3180 Bellevue Ave. Burial will be in St. Mary's Cemetery. In lieu of flowers, donations may be made to Francis House; 108 Michael Ave. Syracuse, NY 13208.
To plant a tree in memory of Walter Sweeney, please visit Tribute Store
Thursday
23
January