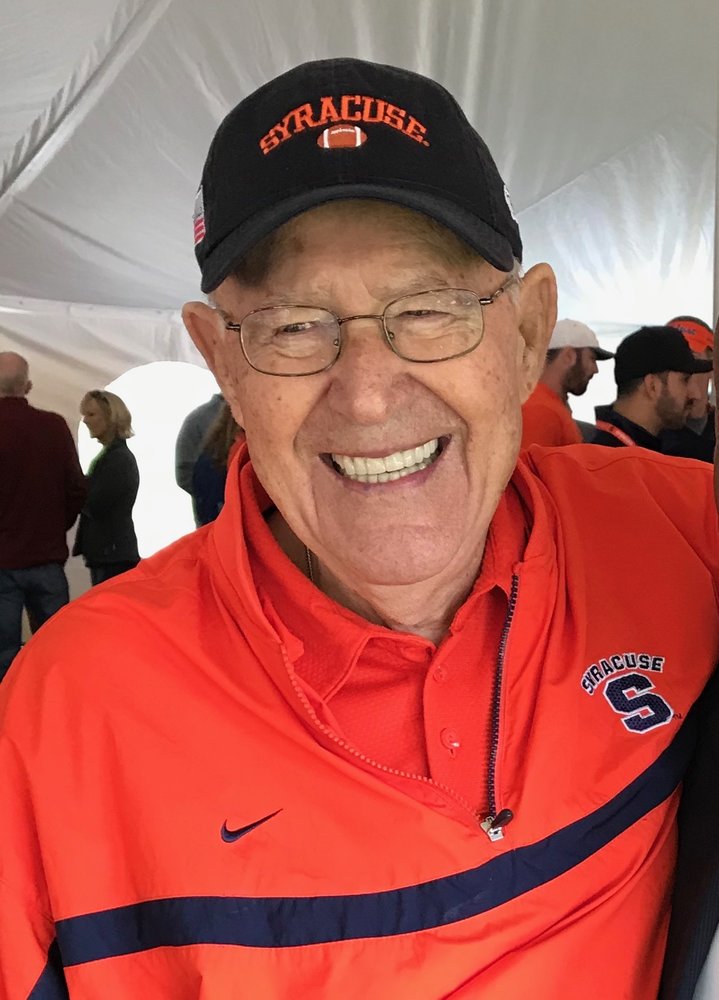 John Olgeaty, of Lakeland, NY, passed away peacefully on . He graduated from Solvay High School, spent 4 years in the US Navy, and attended Syracuse University.  He was in the medical business for nearly 40 years, starting his own companies, Onondaga Medical Instruments and Onondaga Medical Home Care, in 1974.  These companies branched out to four major cities in New York State. He was a major shareholder of the Track and Racquet Club in Dewitt, NY.

An avid storyteller, John loved recounting his days as a corpsman in the Navy. He talked of surprising his Naval colleagues by filling blood collection tubes with tomato juice and drinking from them and helping a distraught man off a ledge by pretending to be Jesus speaking from the heavens.

John was a charter member of the Westvale Camillus Athletic Association and served at president of the association for 4 years. He was instrumental in organizing eight WCAA softball teams, and he coached the Orange Crush softball team for 4 years. John was perhaps best known for his 10 years as a coach for the Westvale Knights football team. A former player recently sent John this message: “Hi Mr. O, I want you to know how much you have meant to me. I loved playing football for you, you were the one who got me into coaching, which I did for many years with great joy. You also gave me a job that I cherished. I truly have been blessed to have known you.”

John was an avid supporter of Syracuse University sports and was a member of the Orange Pack, the Ernie Davis Club and the SU community host program. In addition to hosting SU football and basketball players, the family hosted children through The Fresh Air Fund, The American Field Service as well as several pairs of Mormon missionaries.

In 2007, John and his late wife Patty moved to Stuart, Florida. John enjoyed his trips back north where he enjoyed attending sporting events and visiting with family. John permanently moved back to Syracuse in 2018 where he was a communicant of St. Cecilia Church.

To send flowers to the family or plant a tree in memory of John Olgeaty, please visit Tribute Store
Wednesday
11
November