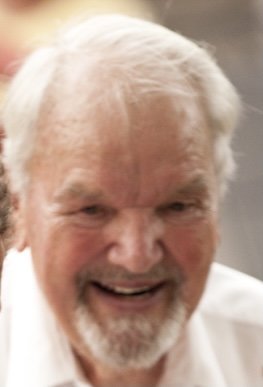 On the evening of November 12, 2020 Charles O. Trabold, 97, longtime resident of Syracuse NY, took his last breath following a brief illness. Charles was born August 18, 1923 in Rochester, New York. His parents were Henry and Anna Trabold,who ran an established farm in the Town of Gates. He was the second youngest of 7.Anne Scorse, Marie Holbrook, Paul Trabold, Alma Fuhrman, Bernice Leone,  Lois Mikels, Charles, and Frances (Franny) Coe, all of whom are now deceased.

He attended Spencerport High. In 1943  he enlisted in the Army Air Corps, was assigned to the58th Bomb Wing, Pacific Theatre.Their plane was Obituary Bess. He served until 1945. He received the Distinguished Flying Cross. He was the longtime historian of his wing, he and his wife enjoyed attending the many reunions over the years. Later in life he built replica models of a part of the plane for two museums. In 1948 he married Nancy (Annunciata) Busco, also of Rochester. the mother of his children and his wife of 36 years. He received his master's degree in Engineering from Oswego State, later working as an industrial arts teacher there. At the age of 33 ,Charles moved his family to Syracuse, where he accepted an engineering position at General Electric. He enjoyed a long, productive career there, many of his colleagues becoming his lifelong friends.

Upon Nancy's death  in 1985, he established the Nancy Trabold Memorial Scholarship at Oswego State which has since been endowed, and for years has aided aspiring art students from diverse backgrounds. Charles married Rae Rhofeld PhD a professor in Adult Education in 1998. They enjoyed many years together enjoying each others company, while engaging in separate and shared pursuits, which included traveling to many areas of the country and the world. Rae passed in 2016.

Charles was a master woodworker and designer, winning many awards and State Fair ribbons. He built canoes, cars, furniture, bowls, etc. Following his retirement, he designed and finished major projects, including volunteer projects for Baltimore Woods and other places. He was a lifelong photographer and gardener. A former marathon runner, he continued running into his eighties. He also loved kiteflying, downhill skiing,  arctic expeditions, researching his genealogy, making maple syrup, and golf. He loved to share his knowledge and enthusiasm. He loved to host large parties on his lawn, including three weddings.

Also predeceased by his eldest daughter, Marilyn Bean, Charles is survived by his daughters, Lisa Trabold and Beth (Michael) Ryan, as well as his grandchildren Novena (David) Carnes, Michael Ryan, Lauren Ryan, and Brigid (William) Purtell. his great grandchildren Brian Love, Lily Ryan, David Carnes, Aiden Berube, Calvin Carnes, Madelyn Berube, and Ruby Purtell. Also several nephews and nieces, many of whom he has maintained relationships with throughout the years.

Many thanks and much gratitude to the comprehensive professional care given to Dad by the V.A. over these past few years. Also a thank you to Crouse Community Center in Morrisville, and Community Memorial Hospital in Hamilton, NY for their compassionate care he received in his final days.

In lieu of flowers,contributions in his honor can be made to Honor Flight Syracuse or Food Bank of Central New York.

To send flowers to the family or plant a tree in memory of Charles Trabold, please visit Tribute Store
Tuesday
24
November