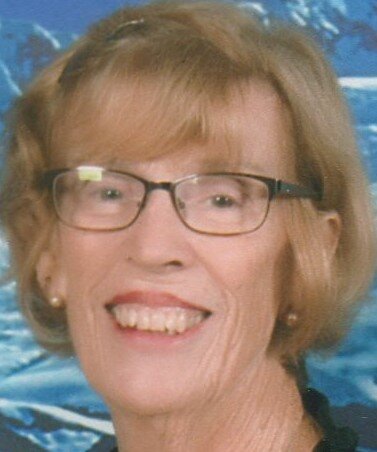 Please share a memory of Mary to include in a keepsake book for family and friends.
View Tribute Book

Mary Elizabeth (Ryan) Abbott September 22, 2021. Mary Beth Abbott, 76, of Camillus passed on September 22, and is now reunited with her husband Richard.  Her 4 sons were by her side.  Born in Jordan, New York to Marty and Alice Ryan, the family moved to Tipperary Hill shortly after, and called the neighborhood home for more than 60 years, raising a family and building lifelong bonds. Mary Beth is a graduate of St Patrick's High School and a lifelong parishioner of St Patrick's Parish. She retired from the Syracuse City School District after many years serving the  students of Fowler High School.  She managed the schools computer lab, and kept a watchful eye on her sons (from a distance of course). She and Dick remained loyal supporters of all things Fowler well after her children graduated, attending countless sporting events and volunteering annually at Booster Club functions.

Mary Beth was a devoted wife and mother, grandmother, aunt, neighbor and friend.  She had a zeal for life and an adventurous spirit that led to countless memories for her family, orchestrating trips to Ireland and Myrtle, cruises (including Alaska), many road trips, and winters in Florida in retirement. She kept us moving. For more than 40 years, she and Dick treasured their time at Brennans Beach, and felt blessed to be part of such a wonderful camp family.

Mary lived for her children and grandchildren, rarely missing a sporting event, recital, or event of any kind. She and Dick were honored with the St Pats CYO parent award for their involvement. Even with her adult children, both could be found frequently on race routes, cheering on local runners.  She enjoyed pitch league, even when her partner son had to remind her...less talking more card playing.  And family birthdays simply didn’t count unless there was cake.  Birthday gatherings were a must do.

Mary Beth's true home was and always will be Tipperary Hill.  She embraced her Irish heritage and cherished all that made her community so special.  She enjoyed the St Patricks Day season on Tipp Hill not just for the atmosphere, but for the the reunions and laughs.   One of her most cherished moments on Tipp Hill was when they were honored as Grand Marshals of the Shamrock Run, where Mary and Dick volunteered.  The sash stayed on until the wee hours.

Friends and family may call from 4:00pm – 7:00pm on Tuesday, September 28, at Edward J. Ryan and Son Funeral Home.   A Mass of Christian Burial will be held at St Patrick’s & St Brigid’s Church on Wednesday September 29 at 10am.

In Lieu of Flowers, donations may be made in her to the St Patrick & St Brigid Food Pantry or your local Food Bank.

To send flowers to the family or plant a tree in memory of Mary Abbott, please visit Tribute Store
Tuesday
28
September