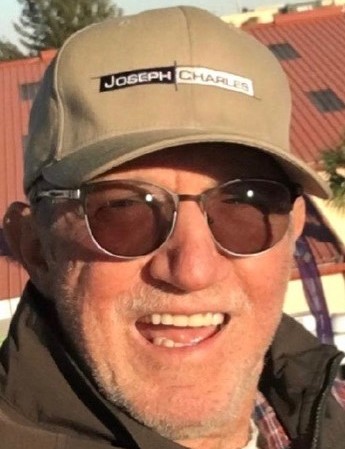 Joseph Francis Charles, Jr., 76, died on January 20th at Trustbridge Hospice Care Center, West Palm Beach, FL. He was born in Syracuse, NY where he spent his childhood and was a 1961 graduate of Christian Brothers Academy. In the 1970s, Joseph moved to Florida. He retired from Bargain Bob’s Flooring in 1999 and in his retirement years, Joseph worked at PGA National. He was involved in coaching many sports in JTAA in the Jupiter area while raising his son, Luke. He was an avid golfer, boater, and fisherman and enjoyed reading and live music. Joseph was predeceased by his parents, Joseph J. Charles, Sr. and Francis J. (Riker) Charles, and son, Christopher Charles. He is survived by two sons, Joseph F. Charles, Jr. of California and Luke Charles of Jupiter, FL. He is also survived by sisters, Joanne Charles Visconti, Lake Worth, FL, and Jeanne Ciarla, Grapevine, TX and brother, John Charles, West Palm Beach, FL, ex-wife, Laura Charles, two nephews, two nieces, two great nephews, two great nieces and many cousins in the Syracuse area. A Celebration of Life will be held on Thursday, January 30th at 1:00 p.m. at St. Jude’s Catholic Church in Tequesta, FL. Donations may be made to St. Jude’s Children’s Research Hospital, 262 Danny Thomas Place, Memphis, TN 38105.
To send flowers to the family or plant a tree in memory of Joseph Charles, please visit Tribute Store
Thursday
30
January

A Celebration of Life