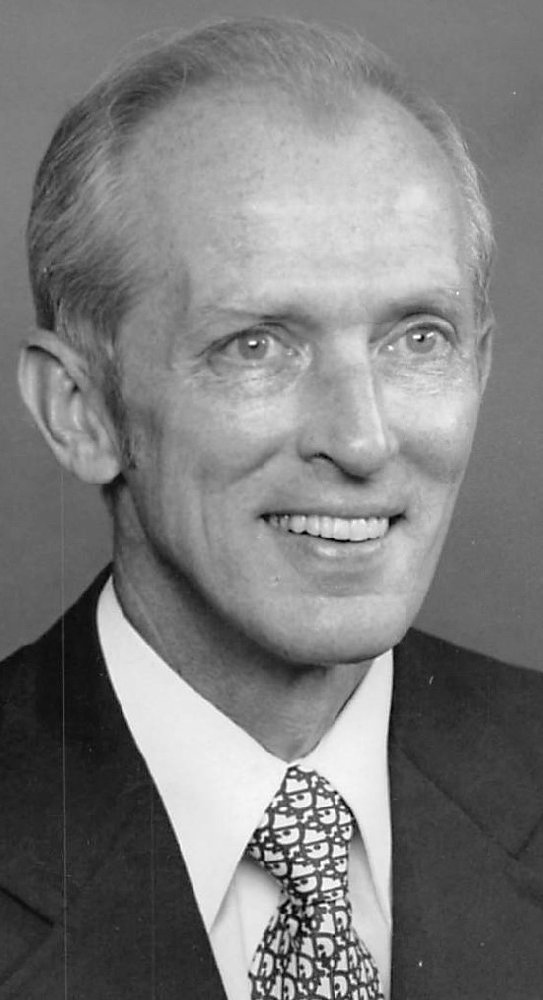 John Daniel Murphy, 90, Onondaga Hill, passed away on Wednesday, June 24, 2020 at St. Camillus Nursing Home, from complications of Parkinson’s Disease.  He raised his family on Onondaga Hill where he lived for 50 plus years.

As a young man, he worked in the family-run Valley Bakery while attending school at St. Lucy’s.  After high school, he attended Albany College of Pharmacy where he earned a Bachelor of Science degree.  While in Albany, he met his wife Charlotte (Heidemann).  He and his new wife moved to Kingston, NY where they expected to raise their family.  After his father became ill, they returned to Syracuse to help out and happily set up their lives.

Mr. Murphy served his community as a leader in many ways.  As a pharmacist, he owned and operated Murphy’s Valley Drive Pharmacy on the corner of Valley Drive and Seneca Turnpike.  He sponsored LIttle League Baseball for the many years his four boys were growing up.  He was elected Town of Onondaga Supervisor in the early 1980s and served on the planning board for several years after.  He was devoted to making the region a better place to live.  He served Onondaga County as a pharmacist for Van Duyn Nursing Home and was a dedicated member of the Tom Dooley Choraliers for 32 years during which time he visited and entertained President Ronald Reagan in the Whitehouse.  He cultivated a love of horticulture and was an active member of the Bonsai Society of Upstate NY.  He passed his love of plants to his sons who carry on his traditions at their own homes.

Mr. Murphy was predeceased by his loving and supportive wife, Charlotte;  his parents, James and Arlene Murphy; his siblings Mary (Togias), and James; an infant son, David; and numerous extended family and very close friends.  He leaves behind his children John (Jene), Dennis (Maureen, deceased), Kevin (Monica), and Justin (Patti), his identical twin brother, Tom, his sister Kathleen and his brother Pat.  He is also survived by nine grandchildren and 5 great-grandchildren.

To send flowers to the family or plant a tree in memory of John Murphy, please visit Tribute Store
Thursday
8
July