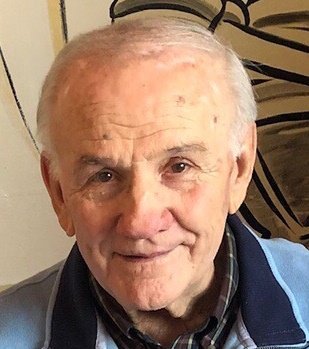 Bill (“Fire”) Feyerabend, 87. passed away peacefully January 28,2021 after a short illness surrounded by his loving family.  A lifelong resident of Syracuse, Bill attended St. Anthony’s High School where he excelled in football, baseball and especially basketball.  He helped lead the basketball team to the 1951 Parochial League championship and was years later named to the all-time Parochial League all star team.  He continued his basketball career and education at LeMoyne College and later graduated from the prestigious Retail Bank Management School at the University of Virginia. Bill served in the Army during the Korean Conflict era and then spent the majority of his professional career with Marine Midland Bank as Vice President.  He was a communicant of St. Charles Church and in retirement loved spending time with his family, golfing, attending SU basketball & football games, traveling to Saratoga & Florida and volunteering with the Make-A-Wish Foundation.

Bill was predeceased by his parents Ethel and Otto Feyerabend, his sister Ruth Larkin and brother Jack Feyerabend. He is survived by his wife JoAn (Fitzgerald) Feyerabend who was his best friend and love of his life through 66 years of marriage.  He is also survived by his 7 grateful children: Jack (Maggie), Patti (Mike) Grogan, Bill (Renate), Tom (Paula), Sharon (Peter) Osterdale, Bob (Angie) and Rich (Patti) as well as 17 grandchildren & 1 great grandson.

A funeral mass will be celebrated at Holy Family Church, 127 Chapel Dr., Syracuse on Tuesday February 2 at 10:00 am. The funeral can also be viewed live or on replay through Boxcast. In lieu of flowers, donations can be made to the Make-A-Wish Foundation.

To send flowers to the family or plant a tree in memory of William Feyerabend, please visit Tribute Store
Tuesday
2
February