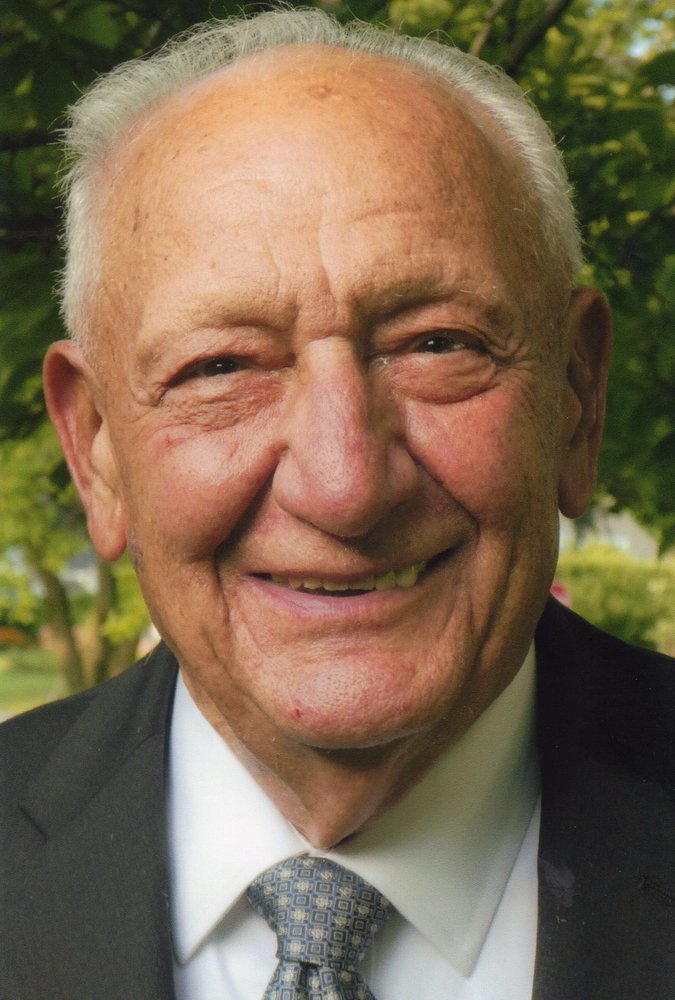 Frank Sgarlata was called to the Lord on February 6 at the age of 90 after a brief illness. He was born to Barbero and Concetta Sgarlata in Syracuse, NY on June 14, 1930, and grew up in Solvay. He graduated from Solvay High School with the class of 1948.  Upon graduation he entered into the United States Navy for four years on the USS Sarsfield (EDD-837) and was a veteran of the Korean War. After the Navy, Frank graduated Mohawk Valley Technical Institute in Utica, NY (MVTI) with an Associate’s degree in electrical engineering.

On May 8, 1965 Frank married the former Kathleen Loughney, where their loving union was held together for 50 years until Kathleen’s passing in 2015. Frank adored Kathleen and was a devoted and loyal husband. They had two children together, Michael and Patrick Sgarlata.

A lifelong resident of Syracuse, he was a communicant of the Cathedral of the Immaculate Conception and served as an usher within the church. He lived the Christian creed that it is better to give than receive. He was an avid golfer and enjoyed playing in the FREGA golf league. He was a ham radio enthusiast, coached Geddes Little League Baseball, and was a long-time YMCA member. He had a circle of friends at the YMCA that he cherished spending time with every weekday morning.

He always looked forward to spending time with his family and extended family over the holidays. He loved to spend time spoiling his grandchildren and enjoyed cheering on his grandson at the baseball field. He was loved by his family and friends for his kindness, generosity, and compassion for all of those around him.

During spring, summer, and fall Frank could be found working diligently on his yard gardening, mowing the lawn, or raking leaves. He loved his tractor lawn mower. During winter he converted his tractor into a snow blower and could be found plowing snow from several of the neighborhood driveways. He was always looking out for his neighbors.

For nearly five years, Frank fought courageously against Alzheimer’s disease and thanks to the help from his son, Michael, was able to stay at his home that he loved so much. The disease did not stop him from playing golf and every weekend during golf season he could be found at the golf course with his son.

He was predeceased by his parents, Barbero and Concetta Sgarlata, and by his loving step mother, Mary Grace Sgarlata. He was also predeceased by his wife, Kathleen and his two sisters and their husbands. They were Rose and James Fitzpatrick (Duluth, GA) and Frank and Frances Duszak of Geddes.

Surviving are his sons, Michael of Geddes and Patrick (Elke) of Ellington, CT; grandchildren, Kayla of Las Vegas, NV, Kelsey and Ethan both of Ellington, CT; a brother, Robert (Eileen) of Solvay, NY; and several nieces and nephews and cousins.

A Mass of Christian Burial will be held March 22nd at 9:30am at the Cathedral of the Immaculate Conception, 259 E. Onondaga St, Syracuse, NY 13202. The family will receive friends and relatives from 8:30- 9:30 am prior to the mass. Burial will be in Assumption Cemetery.

To send flowers to the family or plant a tree in memory of Frank Sgarlata, please visit Tribute Store
Monday
22
March