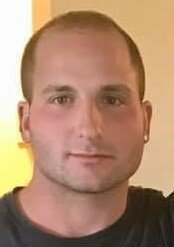 Please share a memory of Richart to include in a keepsake book for family and friends.
View Tribute Book

He is predeceased by his mom, Kimberly A. Cavallo, father, Richard M. Hayes, uncle and aunt, Johnny and Lyn Hayes, and maternal grandmother, Penelope A. Terrinoni.

To plant a beautiful memorial tree in memory of Richart Hayes, please visit our Tree Store

A Memorial Tree was planted for Richart
We are deeply sorry for your loss ~ the staff at Edward J Ryan & Son Funeral Home, Inc.
Join in honoring their life - plant a memorial tree
Share A Memory
Plant a Tree