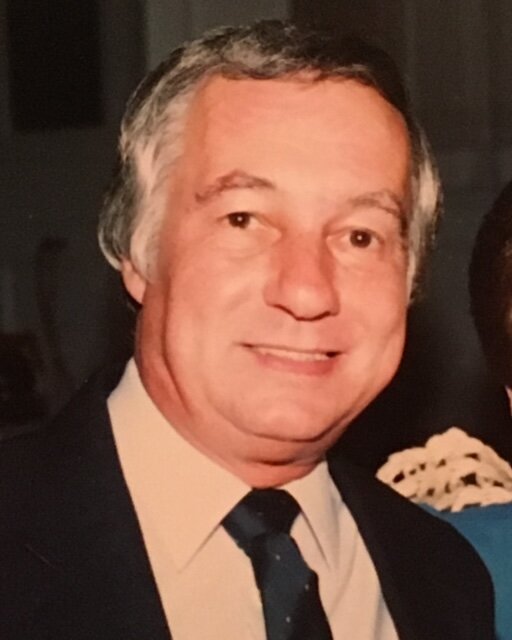 Constantine "Gus/Kotcé" Karafilopulos passed away peacefully at home on November 28, his 88th birthday.

Gus was born in Syracuse, NY in 1933 and was the only child of Stavros and Dora Karafilopulos. Family was an integral part of Gus’s life. In 1958 he married his childhood sweetheart, Margaret, who remained endlessly devoted to him throughout his life. Together they raised their adoring daughter, Sharon, and were so proud of their two beautiful grandchildren, Christine and Michael. Gus was also the fun-loving uncle to many nieces, nephews and cousins, always entertaining them with his wry sense of humor and storytelling.

Gus was a lifelong resident of Syracuse and graduated from North High School. After attending Syracuse University for a time, he realized that college schoolwork was not for him and left to begin his career in sales, working for family at the well-known Columbus Bakery of which he later became part owner. Gus ended his career at Central Restaurant Supply, where he worked for several years before retiring in 1993.

Gus was always proud of his Greek heritage, and in his prime he was actively involved with his church, St. Sophia’s Greek Orthodox Church. He was a member of GOYA and Adelphia, and particularly enjoyed performing in local theater productions with the “St. Sophian Players.” Gus was a longtime member of the Knights of the Cross and participated in several golf and bowling leagues, including the Pan Orthodox Bowling League. He especially looked forward to his weekly bowling outings with Jim Sakezeles and the “yero yero” guys. Gus and Marge loved playing cards with their close friends and family and enjoyed regular visits to the racetrack and casino. In his later years, Gus could often be found lounging in his favorite chair, hoping to hit the jackpot playing his scratch-off tickets nearly every day.

Gus was predeceased by his relatives, James Yovonovich, Christine and Ara Saxenian, Sophie and Bill McPhail, and Gene Pyle.

Services will be held at 11 am on Friday, December 3, 2021 at St. Sophia’s Greek Orthodox Church, 325 Waring Road, Syracuse, NY 13224. Burial will immediately follow at Oakwood Cemetery. Calling hours will be one hour prior to the church service at 10 am.

Contributions may be made in Gus’s name to St. Sophia’s Greek Orthodox Church.

To send flowers to the family or plant a tree in memory of Constantine "Gus" Karafilopulos, please visit Tribute Store
Friday
3
December