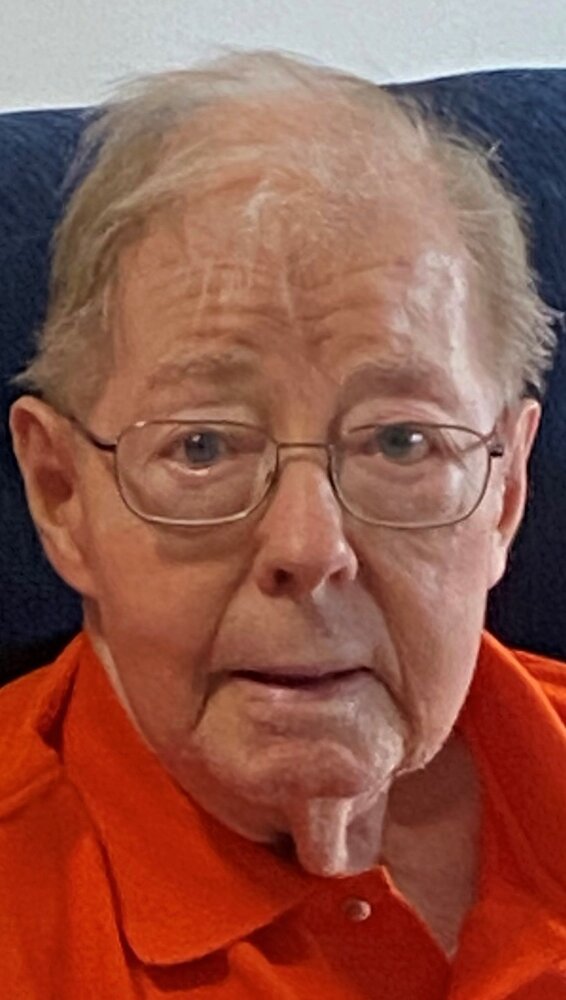 Please share a memory of Herbert to include in a keepsake book for family and friends.
View Tribute Book

Herbert F. Maxwell, Jr., devoted and beloved husband and father, passed away on Jan. 31, 2022. Herb was born on Aug. 11, 1926 in Providence, Rhode Island and graduated from Hope High School, where he was a defenseman on the hockey team and was an announcer for football games. Following graduation in 1944 he joined the U.S. Navy, serving until 1946. It was while in the Navy and stationed near Syracuse that he met his wife, Jane. Following his Navy discharge, he stayed in Syracuse to be with Jane and enrolled in Syracuse University; they were married in 1949 and he graduated from SU in 1950.

After graduating from SU, Herb initially worked for Liberty Mutual and then embarked on a marketing career with NCR Corporation. During his time with NCR Herb held positions in Syracuse; Lexington, Kentucky; and Dayton, Ohio. He received numerous awards recognizing his sales and customer service expertise related to banking systems and later for his contributions to revised and innovative training programs for NCR. In addition to his career, Herb’s interests focused on family vacations, volunteer work with schools and hospitals, sports (he and Jane particularly enjoyed and excelled at bowling), current events, and various family dogs. Some years after retirement from NCR, Herb and Jane returned to Central New York to reside at The Nottingham community in Jamesville.

Herb is survived by his children, Herbert F. (Skip) Maxwell, 3rd (Natalie) and Jacqueline A. Musto (Terry); grandchildren Jessica R. Maxwell (Timothy Flemig) and Bridget E. Musto; and numerous nieces and nephews. After 72 years together, Herb was predeceased five days prior to his own passing by Jane. He was also predeceased by his parents, Herbert F., Sr. and Rose E. Maxwell and by his brothers, Eugene and Everett Maxwell. In view of Herb’s decision to make an anatomical gift to Upstate Medical University and COVID precautions, a memorial service will be held in the spring on June 4, 2022 at 11am.

In lieu of flowers the family suggests donations to St. Jude Children’s Research Hospital or a charity of choice.

A Memorial Tree was planted for Herbert
We are deeply sorry for your loss ~ the staff at Edward J Ryan & Son Funeral Home, Inc.
Join in honoring their life - plant a memorial tree
Online Memory & Photo Sharing Event
Online Event
About this Event