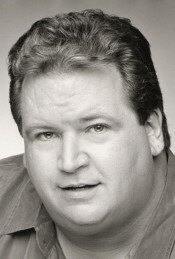 Please share a memory of Robert to include in a keepsake book for family and friends.
View Tribute Book

Robert Paul ‘Tank’ Steingraber, 69, crossed over on March 19 after a brief illness. He was born in Syracuse to Jane E. Coyne and William P. Steingraber.

He graduated from Most Holy Rosary School and LeMoyne College with a degree in Education. He worked for 35 years for CNY Developmental Disability Office, managing community residences for disabled adults in Onondaga and Oswego Counties, retiring in 2009.

He studied American Sign Language with Marjorie Clere and Angelo Cappola and became a nationally registered interpreter. He taught ASL at OCC (Helping to develop their original curriculum), and Cazenovia College, Syracuse Developmental Center and various other places. He interpreted many theatrical productions regularly for the Cultural Resources Councils children’s theatre tours during the school year. Several times for Tim Chapin on tour and the Civic Centers annual productions of ‘Rudolf’s Magical Adventure’ and ‘Dashers Magic Gift’.

He was the first ‘Signing Santa’ for deaf children at the old Penn Can Mall. The idea was presented at a mall conference and was copied across the country the next year.

He made his first appearance at Salt City Center in 1974 in their first production of Jesus Christ Superstar as an apostle and then in 1980 took over the role of ‘King Herod’, which he continued to play for another 35 years.

Tank was awarded and ‘Lifetime Achievement Award’ from the local Syracuse Live Theatre Awards in 2008.

He was an avid genealogist, reader and crafter. He recorded and provided voices for several books on CD for Bruce Coville’s ‘Words Take Wings’ and ‘Full Cast Audio’. He also appeared in Fox networks ‘Real Scary Stories’ in an episode on the ‘13 Curves Haunting’.

Tank had been Wiccan for over 50 years and had helped investigate supernatural sites. He performed Past Life Recall Sessions since 1974 privately and since retiring, had done the same at Psychic Fairs throughout NYS.

A Wiccan reading will be held Thursday March 24, 2022 at 11am at the Bridge at Hiawatha Lake in Onondaga Park, Syracuse. Burial will be in St. Francis Xavier Cemetery following the service. All are welcome to attend. Masks required.

To send flowers to the family or plant a tree in memory of Robert Steingraber, please visit Tribute Store
Thursday
24
March