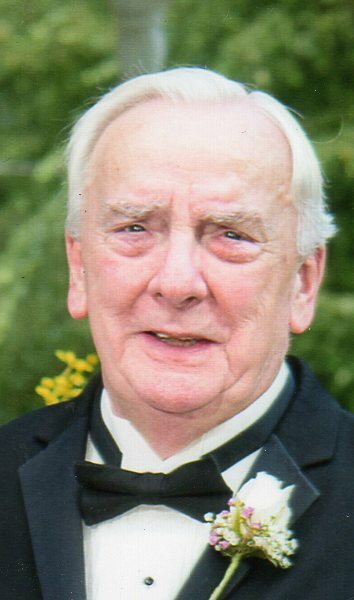 John C. Stafford (86), of Onondaga Hill, peacefully passed away at home on March 24, 2022, with his family by his side after a long illness.

John was born in Syracuse.  He was the elder son, preceded by his parents George & Ruth Stafford and his brother Edward.  John spent his life in Syracuse and was a graduate of Christian Brothers Academy High School ('53) and Niagara University ('57).  He spent most of his career at Crouse-Hinds and Carrier Corp.  During his retirement he enjoyed working on his golf game, following the ups and downs of the Bills and SU football and basketball, visiting the Adirondacks, spending time with family and relaxing at Virginia Beach.  He gave back to the community for over 15 years through over 8,000 volunteer hours at Community General Hospital.  Where he also served as the President of the hospital's Auxiliary for 2 years.

He is survived by his loving wife, Margaret, who were married for 63 years and together raised their 6 children - John (decd) (Marilyn) Stafford, Mary (Larry) Cleeton, Margaret (Mark) DePerrior, James (Karen) Stafford, Maureen (Charles) Gibson and Joseph (Susan) Stafford.  John also had 11 grandchildren, 1 great granddaughter and many grand dogs and cats along with several nieces and nephews.

Calling hours will be at the Edward J. Ryan & Son Funeral Home on 3180 Bellevue Ave. Syracuse, NY on Sunday, March 27 from 12pm to 3pm and the Funeral Mass will be celebrated at Holy Family Church, 127 Chapel Dr., Syracuse, NY. on Monday, March 28, 2022 at 10am.  Entombment will be in Greenlawn Cemetery.

John was a loving husband, father and Papa.  He was a kind soul who was always willing to lend a hand.  He will be deeply missed.  During his illness, John was blessed to remain at home under the constant care of Peg, his wife, his daughters, Maureen, Mary & Peggy, granddaughter, Meghan and family friend, Hannah.

In lieu of flowers, donations can be made in honor of John, to Road to Emmaus Ministry of Syracuse Inc. (127 E. Glen Ave, Syracuse, NY) emmausministry.org

To send flowers to the family or plant a tree in memory of John Stafford, please visit Tribute Store
Sunday
27
March