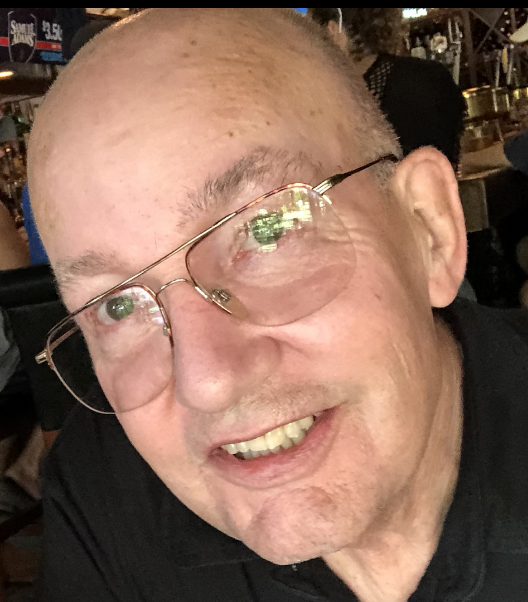 Please share a memory of Ronald to include in a keepsake book for family and friends.
View Tribute Book

Ronald James Carson, finally victorious in his draining battle against Alzheimer’s, died on April 6, 2022. He was born in Oneida, NY to the late Thomas James Carson and Eleanor Carson (née Hermann) on June 4, 1946. After his time in the armed forces, Ron attended Utica College and moved to Syracuse in 1974 where he attended Syracuse University. He met his late wife Christina “Chris” Carson (née Ferenc) over the phone in September ‘74 in a professional capacity for their work at different companies in different cities. They spoke every Friday to reconcile accounts and within months Ron would begin to joke with Chris to ask her to come to Syracuse for a visit. By the end of that year they were exchanging phone calls at home and planning to meet in person. Late winter, spring, and summer of ‘75  were filled with weekend trips along Rt 104 to visit each other. By August they were engaged and then married on January 10, 1976. Before Chris’s death in 2018 she and Ron celebrated 41 years of marriage.

Ron was a veteran of the United States Army and was stationed in Germany during the Vietnam War. As an accountant in the service, this is where Ron developed his strong aptitude for numbers and financial matters.

During the vast majority of Ron’s life, his focus was on supporting his beloved family members. From caring for his mother, Ellie, during her own battle with Alzheimer’s, to handling the medical and financial affairs of his in-laws to the physical care and emotional support of his late wife during her lengthy illness; Ron was a stalwart rock of courage and strength for all to lean upon.

A loving father, Ron did everything within his means to make life as smooth as possible for his children.  He worked hard to give his kids as well-rounded an upbringing as he could and carefully planned many excursions to create priceless memories. The simple memories will be the ones that bring the sweetest smiles. Such as Ron getting up too early after the night-shift to make his special egg muffin sandwiches for his kids before school. Or surprising the family on the weekends with the sight of the ancient battered red cooler on the kitchen stool as he packed a picnic lunch for Jamesville Beach. Memories that also include cherished winter picnics armed with thermoses of chili and a bag of sandwiches to accompany everyone to iced-over Oneida Lake for lunch and snowball fights.

A doting Grampa, Ron’s stoic and pragmatic demeanor finally relaxed with the entry of incredible grandchildren into his life. As Ron’s assumed responsibilities increased, those rare smiles he displayed were brought to his face by those kids and made him shine with the love he felt for them.

He is survived by his children; daughter Danielle (Frank) Carson-Hunt, son Jeffrey (Megan) Carson; his granddaughter Kendall Grace and grandson Landon Thomas; the mother of his precious grandchildren Elizabeth Ann Moellering; and numerous Hermann and Carson cousins all over the country.

A memorial service will be held in the beginning of the summer and interment will be private.

Contributions may be made in Ron’s memory to Alzheimer's Association of CNY, Franklin Square Station Box 12226, Syracuse, NY 13218.

To plant a beautiful memorial tree in memory of Ronald Carson, please visit our Tree Store

A Memorial Tree was planted for Ronald
We are deeply sorry for your loss ~ the staff at Edward J Ryan & Son Funeral Home, Inc.
Join in honoring their life - plant a memorial tree
Online Memory & Photo Sharing Event
Online Event
About this Event