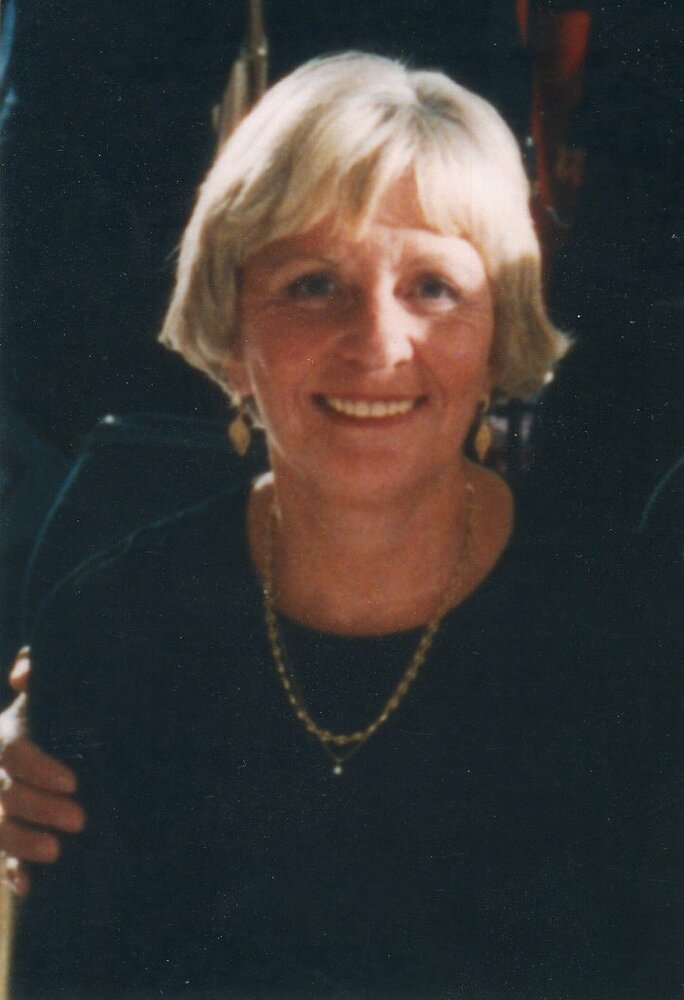 Please share a memory of Sheila to include in a keepsake book for family and friends.
View Tribute Book

Sheila Ann (O’Grady) Etoll, formerly of Westvale, daughter of Martin Joseph and Nora Quinn O’Grady, passed away peacefully on April 16, 2022 at the Iroquois Nursing Home where she had resided for the last six months.  Sheila lived her entire life in the Syracuse area, raising her Family in Westvale and later moving to the Town of Onondaga.  Sheila graduated from St. John the Baptist High School followed by business school.  She began her work career as an administrative assistant at Sun Oil, then for Eagan Real Estate (where she met her husband) and later worked for Wilmorite at Camillus Mall.  Sheila then embarked on a successful career as a residential real estate salesperson, first working for Eagan Real Estate and later for Patricia Tom Real Estate.  Sheila sincerely enjoyed helping people find the perfect home for their families (and she was good at it).

While living in Westvale and raising her Family, Sheila was active at St. Charles Church and a member, and later President, of its Altar Rosary Society helping organize many Church events and fundraisers including the annual apple pie bake sale and publishing the now legendary St. Charles Family Cookbook (which Sheila’s Family, and many other families, still use to this day).  Sheila was the proud daughter of Irish immigrants, 100% Irish, and took great pride in her heritage.  She was a voracious reader, an excellent writer, and she could complete difficult crossword puzzles quicker than most.  Sheila was also a talented gardener, growing elaborate flowers and vegetables, starting many plants from seed in her basement in February (as she was not one to take short cuts).  Sheila loved family vacations with her children and grandchildren (who affectionately referred to her as “She-She”) to Covewood Lodge on Big Moose Lake in the Adirondacks with the Cicci family and, later in life, traveling to Marco Island, Florida in the winter (where she and Ernie have many good friends).  Above all things, there was perhaps nothing Sheila enjoyed more than cooking a delicious meal for her Family, often hosting her children and their families for elaborate Sunday dinners where she would remind both her children and grandchildren “how lucky we all are” (and she was right about that, in large part because of her).  The entire Etoll Family agrees, those dinners were some of the best times ever.

The Family would like to thank and commend the staffs at the Iroquois Nursing Home and Peregrine Senior Living, where Sheila previously resided, for the excellent care each provided to her.

Family and friends may call Thursday, April 21st from 4:00 to 7:00 PM at the Church of the Most Holy Rosary, 111 Roberts Avenue, Syracuse, New York 13207.  A Mass of Christian Burial will be celebrated Friday, April 22nd at 11:00 AM at the Church.  The Rite of Committal and Burial will be at Assumption Cemetery, 2401 Court Street, Syracuse, New York 13208 immediately after the Mass.

In lieu of flowers, contributions in Sheila’s memory may be made to the Central New York Alzheimer’s Association or to the St. Charles-St. Ann’s Church Food Pantry.

To send flowers to the family or plant a tree in memory of Sheila Etoll, please visit Tribute Store
Thursday
21
April