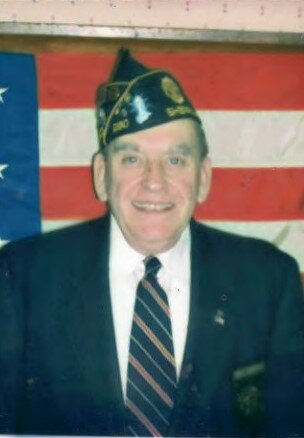 Richard Geary Sheeran passed away on Sunday, May 8th, 2022 at Syracuse VA Medical Center from complications after an acute intracerebral hemorrhage.  He most recently resided at One Franklin Square.

Born in Syracuse on December 5th, 1936 he was the son of the late Edward James Sheeran and Isabel Geary Sheeran.  He graduated from St. Anthony of Padua High School and from Syracuse University majoring in economics with a finance minor.

Sheeran’s business career began with Marine Midland Bank, where he managed the Valley Plaza Branch and offered loans and credit to indigenous Onondaga Nation members, when other financial institutions declined.  Sheeran then followed with service in the public sector as Syracuse City Auditor, Onondaga County Deputy Comptroller and later, Director of Purchase.  He relocated to Oneida County where he continued service as an elected member of the Vernon Town Council for 19 years, relocating to Syracuse in 2010.

Sheeran was a long and faithful member of the New York Army National Guard and US Army Reserve for 36 years, retiring in 1990 as a Colonel.  He maintained membership in the Ancient Order of the Hibernians, Commodore John Barry Division #2, the Knights of Columbus Council #5398, the American Legion and held lifetime membership in the National Guard Association of the United States.

Calling hours will be held 4pm to 7pm on Monday, May 16th at Edward J. Ryan and Son Funeral Home, 3180 Bellevue Ave, Syracuse.  Funeral prayers will be conducted at 9:20am on Tuesday, May 17th 2022 at Ryan Funeral Home with procession to Mass at the Cathedral of the Immaculate Conception in Columbus Circle at 10am.

In lieu of flowers please make an offering of Memorial Masses for the deceased. Envelopes available at Edward J. Ryan & Son Funeral Home or you can mail to same.

To send flowers to the family or plant a tree in memory of Richard Sheeran, please visit Tribute Store
Monday
16
May