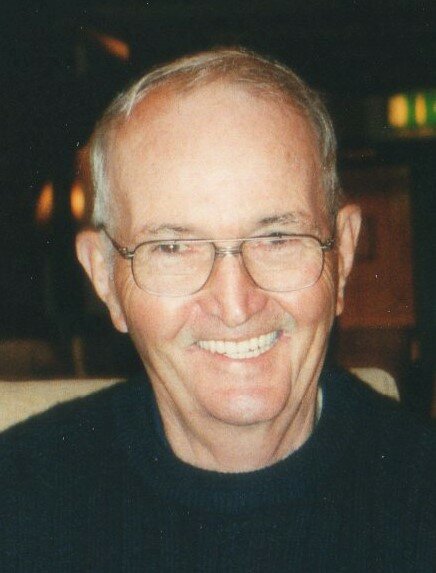 Please share a memory of Donald to include in a keepsake book for family and friends.
View Tribute Book

Donald Edwin Keegan (June 4, 1932 to June 17, 2022), passed away peacefully after a short illness surrounded by his loved ones. “Eddie” to his family and friends, dad to his children, “Unc” to his nieces and nephews, and Poppy to his grandchildren, Eddie lived a full life, having recently reached his 90th birthday. He shared his life with his wife of 62 years, Ann Hewitt Keegan, and together they raised four children: Joe (Lisa), Patricia, Jeanne, and Michael. In addition, Eddie leaves behind his six (6) grandchildren: Kenya, Nikaio, Conor, Molly, Abigail, and Colin, his brother Michael, and sister-in-law Mary, sisters-in-law Josephine Fitzpatrick and Marion Dillon, along with many nieces and nephews. He was predeceased by his parents Donald Joseph and Virginia (White) Keegan.

Ed was born in and spent most of his life on the west end of Syracuse. He grew up on Lathrop Road in Westvale, attended Cherry Road Elementary School and graduated from St. Patrick’s High School in 1950 where he was the point guard on the basketball team. From there, he completed a four-year stint in the US Navy, taking him along the Atlantic Ocean and the Caribbean.  It was an experience that supplied him with stories for years to come, especially his time in Cuba. Upon his return to Syracuse, he attended Lemoyne College for a couple of years and eventually landed a job with the US Post Office, a fortuitous event as it would lead to a thirty plus year career, including time as a letter carrier, a NALC Union Steward and later a clerk.

He had many loves and passions including his family and friends, playing (and winning in) cards, gardening, reading, traveling, spending time with his grandchildren, the Adirondacks and eating sweets. He was an avid golfer, playing the sport for decades. In addition to golf, Eddie loved other sports. He went on to coach and imbue that same love to countless numbers of youth, coaching grammar school basketball at Most Holy Rosary, CYO basketball (at Most Holy Rosary and St. Cecilia’s), girls’ volleyball at Most Holy Rosary and serving as CYO Athletic Director at Most Holy Rosary. He assisted his brother Mike in coaching baseball at the Southside American Little League. As his coaching career waned, he became active in Troop 87 of the Boy Scouts of America, joining the troop on many of their weekend and summer trips. He particularly loved the trips his to Sabattis, Spruceton, Stillwater Reservoir and paddling from Blue Mountain Lake to Tupper Lake.

A communicant and parishioner of Most Holy Rosary, Ed, was an active member of the church, and became more active in his retirement. After throwing his hand in to help out the church’s food pantry, he took on an expanded role of helping to provision organizations that were in the greatest need of food assistance including the Samaritan Center, the Huntington Family Center, and the Rescue Mission, a role he played until 2020.

The full measure of a person’s life is perhaps best determined by the good they did while here and the legacy they leave behind. In Eddie’s case, that measure is full. To all who knew and loved him, thank you. To those who didn’t know him, may you be blessed with someone like him in your life.

Calling hours will be at Edward Ryan and Son Funeral Home on Wednesday, June 22, 2022 from 4 to 7pm, and funeral services will be held at Most Holy Rosary on Thursday, June 23 at 10am. Burial will be in St. Mary's Cemetery, DeWitt, NY.

Those wishing to remember Eddie can honor his memory through a donation to the Most Holy Rosary Food Pantry at 111 Roberts Ave, Syracuse, NY 13207.

To send flowers to the family or plant a tree in memory of Donald Keegan, please visit Tribute Store
Wednesday
22
June