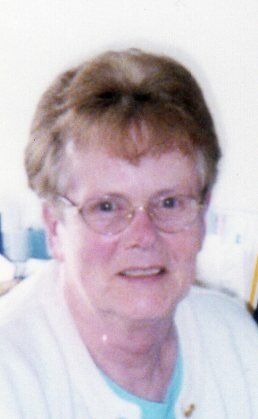 Please share a memory of Jane to include in a keepsake book for family and friends.
View Tribute Book

A Camillus resident for more than fifty years, Jane grew up in Oneonta, NY where she married her high school boyfriend, Morris Cleverley. They traveled to numerous places around the world before establishing roots in Central NY.  She held various office positions with Columbia Records and other entities over the years but her focus was always taking care of her 2 children.

While her children were participating in multiple after school activities, Jane could be found staffing a concession booth to raise funds for the marching band, selling grapefruit, on the sidelines or in the bleachers of Football and Lacrosse games. She even supported the high school administrators’ efforts to discipline a band of rowdy senior boys after a food fight in the cafeteria a week before graduation. Later in life she was a devoted ice hockey grandmother, spending many hours on very cold and very hard benches.

No one ever left Jane’s home hungry. Most left with a container of homemade potato salad or mac-and-cheese or chocolate cake (if you were lucky). Her signature “Aunt Jane’s BBQ Chicken” recipe will be passed down for many generations to come. The coffee pot was always on to welcome visitors or neighbors, even during a week-long power outage during which Jane and Steven used the gas grill to keep a pot brewing.

Not wanting to be the center of attention herself, Jane focused her considerable energies on those she especially loved: her daughter Dawn, son Steven, and granddaughter Rachael, as well as their families. Also surviving are her sisters Lucille, Marjorie, Arlene, Helen, and Carol; her children’s father, Morris; and many nieces and nephews. Predeceased by brother her Herb, parents Grace Paris and Herbert Gibson.

The family thanks staff at Community General Hospital and Crouse ICU for providing care and concern for Jane in recent months.

Private graveside services will be held at Onondaga County veteran’s  memorial Cemetery. In lieu of flowers donations may be made to the Upstate Foundation or Chad O Fopundation .

To plant a beautiful memorial tree in memory of Jane Cleverley, please visit our Tree Store

A Memorial Tree was planted for Jane
We are deeply sorry for your loss ~ the staff at Edward J Ryan & Son Funeral Home, Inc.
Join in honoring their life - plant a memorial tree
Online Memory & Photo Sharing Event
Online Event
About this Event