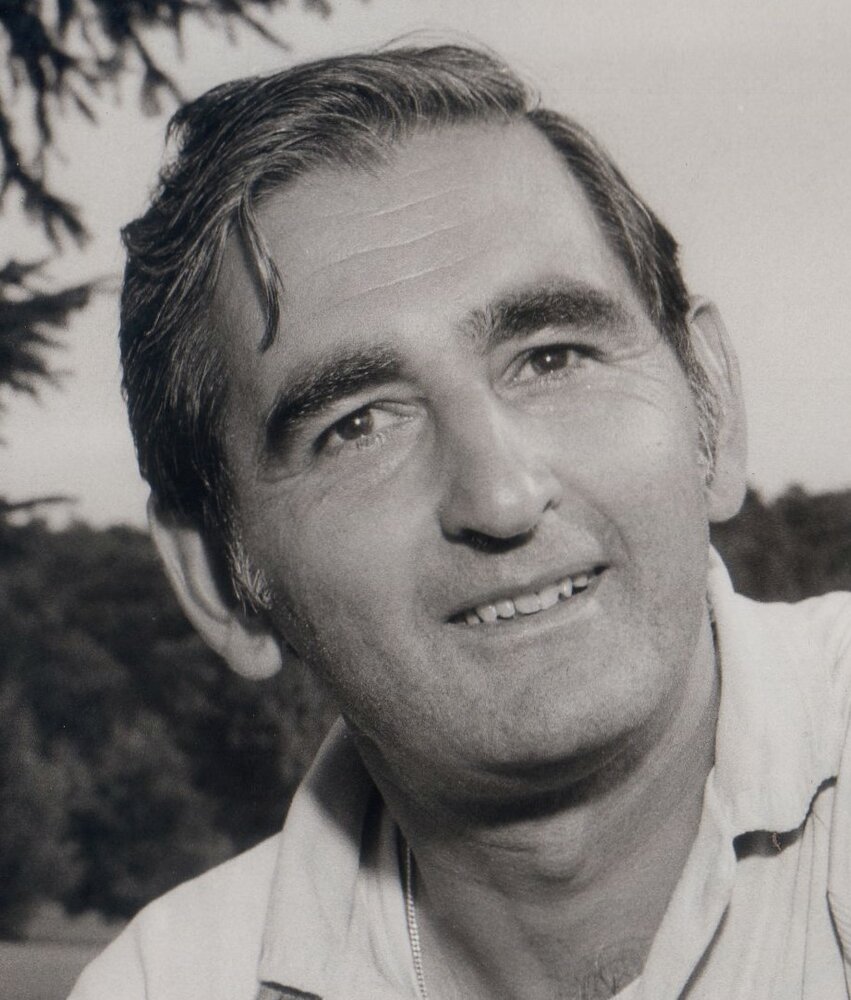 John “Jack” Mollica, 94, passed away on Sunday, June 26, 2022. Jack was born and raised in Syracuse where he spent his entire life. He graduated from Manlius Military Academy in 1944 and was honored as School Golf Champion that year.  Jack was inducted in the U.S. Navy from 1945 to 1947.  A 1951 graduate of Syracuse University, Jack was a 4 year letterman on the Syracuse Golf Team, Team Captain in his senior year and also beat the NCAA champion in a head-to-head match, Colgate’s Bob McCall.

After graduation, Jack went South to Florida to pursue a professional golf career and qualified for a number of pro tournaments including The PGA Miami Open during which he competed against the top pros, including Arnold Palmer and Sam Snead.

Jack returned to Syracuse to marry the love of his life, the former, Shirley Nethercott in 1951 and they had 6 children: John, James, Patricia, Nancy, Mark, and Lisa.  His family has since grown to include 14 grandchildren and one great grandchild. Jack is survived by his sister, Helen Barolini of Hastings, NY and his brother, Anthony Mollica of Dewitt, NY.

Jack was a food broker for B.C. Winchell Co, which he eventually acquired and re-named Upstate Food Brokers Corp.  He had a very successful business career, working for over 40 years, and played a very active role with many associations; Chairman of the Board at Upstate in 1988, member of the Syracuse Food Brokers Assn., The Grocery Manufacturers Assn., The Syracuse Rotary Club, The Syracuse Varsity Club and The Orange Club.
To describe Jack as being passionate about golf is an understatement. As an amateur golfer, Jack won the prestigious “Champion of Champions” in 1951 and 1953, 6 Syracuse Golf District Assoc. Championships,  and in later years, winner of 5 Syracuse Senior Golf Championship.  Jack won titles spanning 6 different decades (1940-1990) with 15 hole in ones, #15 occurred on July 22, 2018.  He was awarded Golfer of the Year in 1984.  The tournament most highly coveted by Jack was his status as 1st runner up in the Syracuse District Amateur Championship in 1969, losing to John Ward, and in 1973 losing to Joe Russo Jr.
Off the course he was very active in the golf  leadership community, participating as a Board Member of Bellevue Country Club and Bear Lakes Country Club and served as past President of the Syracuse District Golf Association.  Most currently he was a member of Tuscarora Golf Club.

Regardless of age, Jack remained an enthusiastic and accomplished player, and also became an avid gardener. He delighted in making sure his neighbors were well stocked with tomatoes and other vegetables from his garden.  Jack will be sincerely missed for his quick wit, his straight-forward honesty and his gregarious presence during happy hour, at Tuscarora’s 19th Hole and his backyard patio, surrounded by family.

A celebration of life will be held at a later date. Jack will be entombed with his wife, Shirley in St. Mary’s Cemetery, DeWitt. In lieu of flowers, donations to the Syracuse District Golf Assn. would be appreciated.

To send flowers to the family or plant a tree in memory of Jack Mollica, please visit Tribute Store
Tuesday
12
July