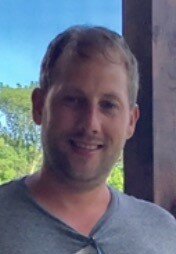 Please share a memory of Kevin to include in a keepsake book for family and friends.
View Tribute Book

Kevin was born in Syracuse on May 7, 1977, the first-born child of Steven and Maureen Thompson.  He was living in the Town of Manlius and grew up in the Strathmore neighborhood of the City of Syracuse.  He attended Shea Middle School and Corcoran High School and was an award winning cross-country runner in both middle and high school. He attended Syracuse University before enlisting in the U.S. Army where he was stationed at Fort Lewis in Seattle, Washington.  He was currently a respected member of Local 31 Painters and Allied Trades union working as a skilled painter and drywall installer.  He was a loving and devoted father to his two sons, especially enjoying time fishing, attending his son Nathan’s baseball games, playing with Callan, and having quality time with his family and friends.  Kevin was a devoted partner and was the first one to lend a hand when someone had a “handyman” job they  needed help with.

Kevin is survived by his parents Steven and Maureen Thompson, his life partner, Alexis Claflin, his two sons, Nathan Barnwell, age 11, and Callan Thompson, age 3, his brother Brian Thompson, sister Sarah Kenneally, stepmother Bridget Thompson, along with his numerous nieces, nephews, and cousins.  He will be missed everyday by his family and friends.

Friends will be received at Edward J. Ryan & Sons funeral home, 3180 Bellevue Avenue, Syracuse New York on Thursday, August 18 from 3 – 5 p.m, with a prayer service immediately following led by Father Mathews of St. Lucy’s Church.  A private burial will be held at a later date.

In lieu of flowers, contributions may be made in memory of Kevin Thompson to Catholic Charities, Diocese of Syracuse, 1654 West Onondaga Street, Syracuse, New York 13204.

To send flowers to the family or plant a tree in memory of Kevin Thompson, please visit Tribute Store
Thursday
18
August