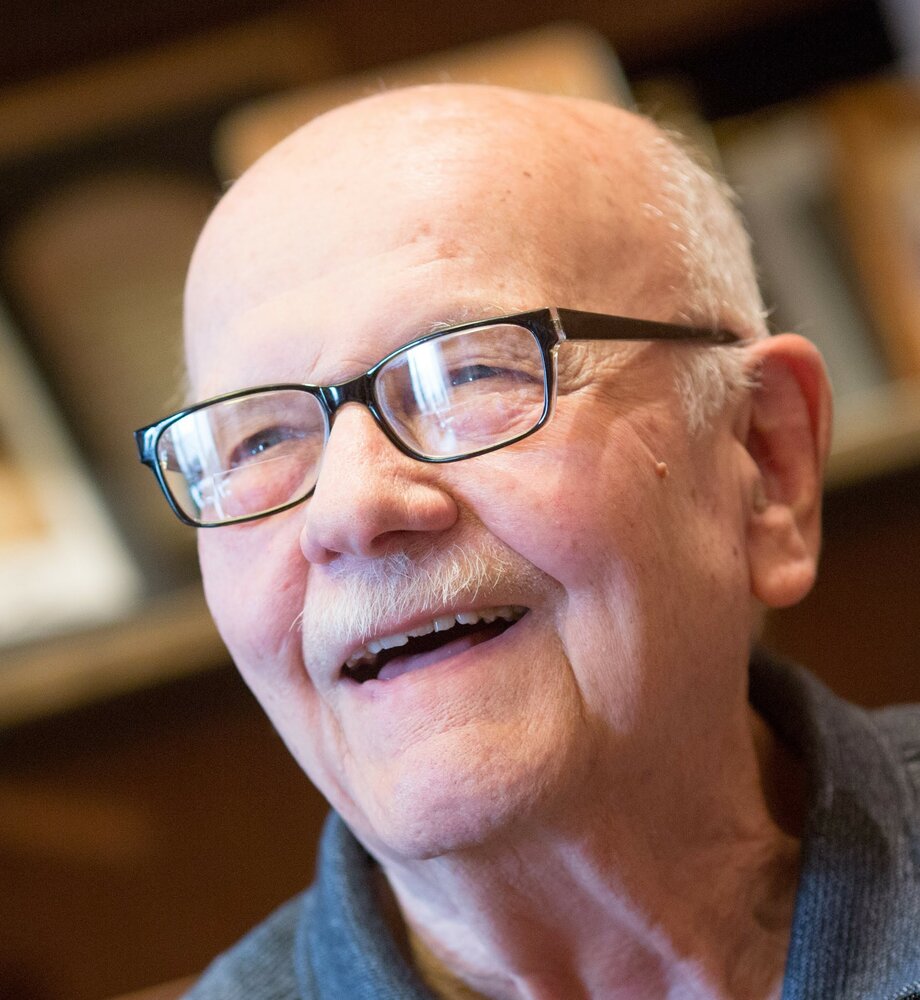 Please share a memory of Henry to include in a keepsake book for family and friends.
View Tribute Book

Henry was born June 12, 1925, the eldest of three children of Henry Francis Keller. Sr. and Frances Mary Birx in New Albany, IN, where he was raised. Henry was a decorated WWII Veteran. After high school, Hank enlisted in the US Army 1943, served in the European Theatre of World War II, 401st Field Artillery Battalion, Staff Sergeant, Chief of the Firing Battery, served throughout France, Belgium, Luxembourg and Germany. He was honorably discharged in 1946. He was a proud member of the local American Legion, Skaneateles, NY. In 1950, Hank obtained his Engineering degree from Purdue University. President of TKE Fraternity. After graduate training at Caterpillar, Peoria, IL, in 1951 his career began at American Standard in Louisville, KY. In May 1952, he married his first true love and began raising their family in New Albany, IN. In 1962, they moved their family to Syracuse, NY. Hank joined Allied Chemical Corp., Solvay as a research metallurgist; 1967, he became a Corrosion Metallurgist Specialist with Carrier Corp, Syracuse, NY. Hank served as President of ASM International Chapters in Louisville, KY and Syracuse, NY; George Sachs Memorial Lecturer at ASM Symposium. He was an Adjunct Professor of Materials Engineering at Syracuse University. 1987 Hank retired from UTC/Carrier Corp., became a Corrosion Consultant to Carrier Corporation and other companies. He married his second love in May 1990. They eventually moved to Otisco Lake to enjoy many years of their “little slice of heaven”. Hank was blessed to have found love twice.

Hank was a devout Catholic and a member of Most Holy Rosary Church of Syracuse, NY and St. Mary’s of the Lake, Skaneateles, NY. Hank’s family wishes to thank close family friends Laura Suarez and Kathy Spicer for their steadfast love, care and friendship over the years. As well as, Dr. Jeffrey Carlberg & staff, along with the local VA Medical Services, Team Red for their exceptional care and attention. Also, a special thank you to Hospice of CNY for the compassionate, tender care offered to Henry and his family when needed most. Deep appreciation to Father Foley and Father Kurgan for their personal attention to Henry’s spiritual needs and for their prayers and support.

To send flowers to the family or plant a tree in memory of Henry Keller, please visit Tribute Store
Thursday
8
September