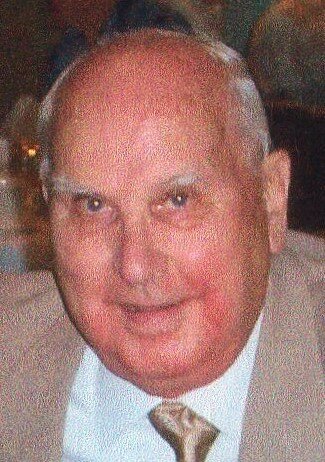 Please share a memory of Roger to include in a keepsake book for family and friends.
View Tribute Book

Roger Earl Rowlands, 93, of Syracuse, NY passed away peacefully after a brief illness on Friday, November 4, 2022.  He was a district manager for LaTouraine Coffee Company for over 40 years and received several sales awards throughout his distinguished career.  Roger was a member of the Jaycees and Kiwanis Club and was an Army veteran having served during the Korean War (1948-1951).

Roger was predeceased by his wife, Nancy Corts Rowlands, his parents, Jack and Marguerite and several brothers and sisters.  He is survived by his three sons, Roger (Mary) of Syracuse, Steven of Marcellus and Brian (Cheryl) of East Syracuse, six grandchildren, Sheila and Mark, Brooke, Brian, Tyler and Michael, one great grandson, Fletcher, and many nieces and nephews.

In lieu of flowers donations in his memory may be made to the Wounded Warrior Project.

To plant a beautiful memorial tree in memory of Roger Rowlands, please visit our Tree Store

A Memorial Tree was planted for Roger
We are deeply sorry for your loss ~ the staff at Edward J Ryan & Son Funeral Home, Inc.
Join in honoring their life - plant a memorial tree
Online Memory & Photo Sharing Event
Online Event
About this Event