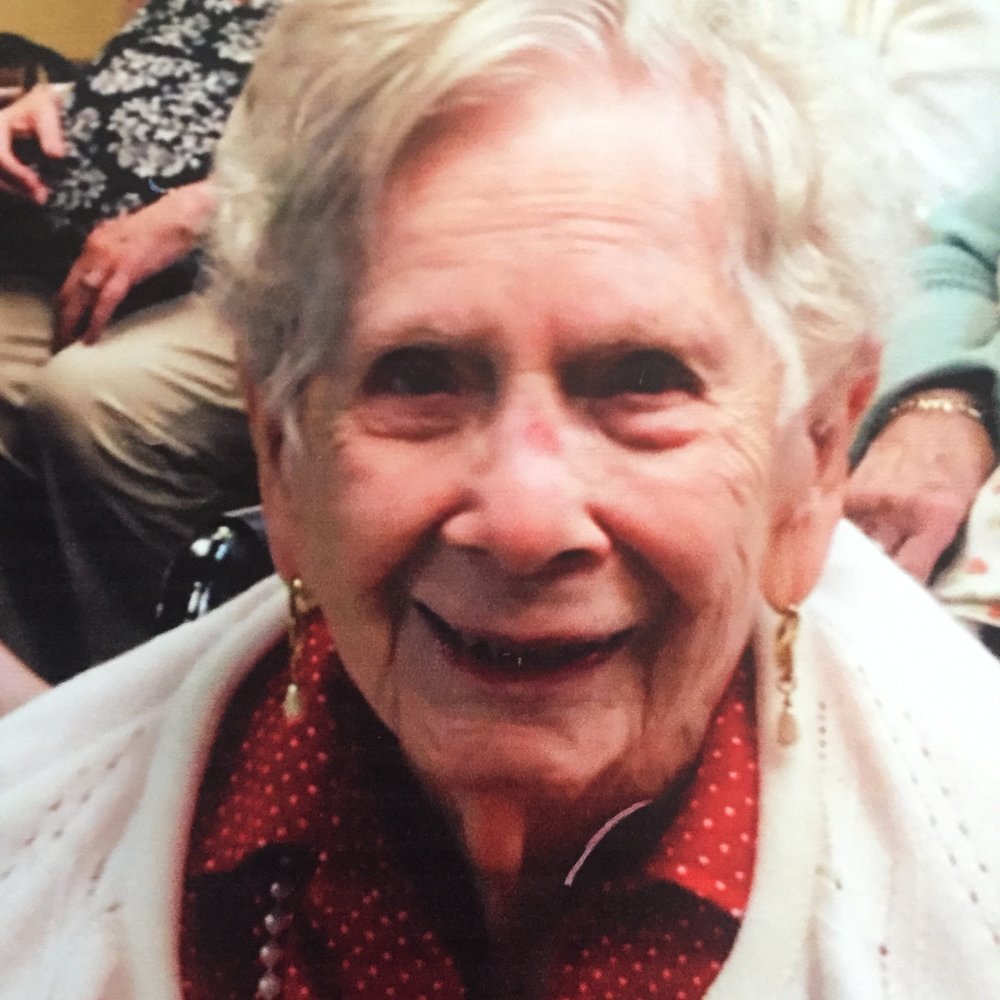 Marian F. Tighe, 98, of Bellevue Ave and Brookdale Senior Living, passed away on Friday January 10 after a brief illness. Marian was a lifelong resident of Syracuse, and a graduate of Most Holy Rosary High School. She was employed for over 30 years with the Internal Revenue Service. Marian was a devoted member of Most Holy Rosary Parish where she was a Eucharistic Minister. She served as first president of the Legion of Mary, Vice President of the Altar and Rosary Society, and was a charter member of the MHR Senior Club. Marian also served as financial secretary for the Loretta Auxiliary and as a member of the Board of Directors for Vincent House. She was also a member of the Ladies Auxiliary of the Ancient Order of Hibernians. In 1999 Marian and her brother, John Tighe "Jack" received the Monsignor Howard C. McDowell Award as Parishioners of the Year of Most Holy Rosary Church. Marian was predeceased by her parents, Bernard and Esther Tighe, her brother, John "Jack", and her sister, Joan. Marian is survived by her longtime friends and caregivers, Michael Ryan (MaryKay) and Peg Ryan and family, and her many, many close friends at Most Holy Rosary. We would like to thank Dr. Mahmoudi, Dr. Kline, and Dr. Hartwick, and the entire nursing and medical staff at St. Joes Hospital along with MaryBeth Spencer Davis and the staff at Upstate Community Rehab for the great care they gave Marian over the years! A very special Thank You to Linda Pekarsky, Lauren, Nikki and Kathy Sheriff and the staff at Brookdale Summerfield Village for the very loving care they gave Marian. To Father Fred Mannara, Thank You for your love and pastoral care of Marian and MHR! Mass of Christian Burial will be held at 10:00 A.M. on Saturday, January 18 at Most Holy Rosary Church. Calling hours will be held from 9:00 A.M. to 10:00 A.M. in the church prior to Mass. Burial will be in St. Agnes Cemetery. Contributions can be made to Most Holy Rosary Church, 111 Roberts Ave, Syracuse, NY 13207
To plant a tree in memory of Marian Tighe, please visit Tribute Store
Saturday
18
January