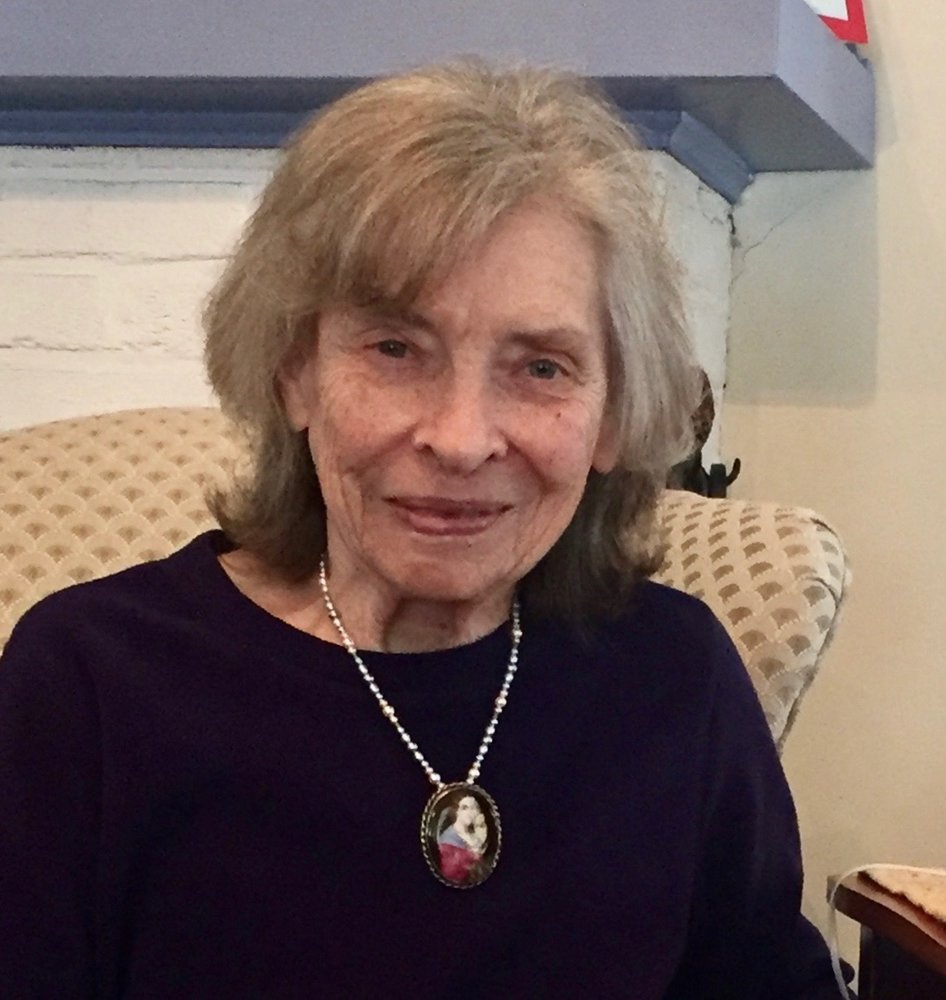 Caroline “Carrie” Gannett passed away on July 16th at her home in Geddes, NY with her children, her grandchildren, and her loving poodle “Chex” at her side. Carrie’s last days with her family were comfortable and safe thanks to her team of in-house care-givers and the generous work and care of Hospice.

Carrie was born on Aug 8th, 1934 in Lowville, NY to Edward and Meribeth Schermerhorn. Her family moved to Syracuse while she was a teenager, where she attended Solvay High School. While working at GE in Liverpool, Carrie met George Gannett, whom she married and had 5 children. While raising her children in Jordan NY, Carrie started and ran a private antique business from her home, and eventually an antique shop in Elbridge. Most of her inventory was obtained while on long family camping trips that also included stops at various auctions and other antique shops. While in Jordan, Carrie was also very active in local politics while serving as a Justice of the Peace in the town court. In 1979, she returned to college to obtain her degree in political science and public relations from the Newhouse School at Syracuse University, which allowed her to also pursue her passions for writing and politics in addition to her passion for history that the antique business had provided. She worked as the director of Public Relations at Watertown Hospital and then as an editor at the Courier Gazette weekly newspaper while living in Newark NY. Subsequently, she moved back to Syracuse, and took on a position as the director of the Manlius Historical Society, merging her passion for history and antiques with her public relations education. After retiring from the museum, Carrie turned her attention to additional pursuits. She loved to travel around both the country and the world, highlighted by her favorite trip to Egypt in 1999. She was an active member of the Coterie Club, the CNY Gem club, the Onondaga Hill Antiques Club, sang in various vocal groups and started a Beading Group, based on her love of fine gems and jewelry making. She spent an entire decade making and selling custom jewelry while also continuing all her other interests, and cultivating an ever-expanding beautiful garden at her home in Geddes.  Throughout her retirement, she was a tireless promoter of these various interests and wrote papers, gave talks, organized meetings and workshops and in general, simply inspired others with her passion and her quest for continuing knowledge.

She is predeceased by her mother Meribeth, her father Edward and her brother John Schermerhorn. She is survived by her five children Paul (and Debbie) Gannett of East Sandwich MA, Lynn (and Mike) Fall of Syracuse NY, Leslie (and Paul) Gorman of North Tonawanda NY, Greg (and Michele) Gannett of Cicero and Sarah (and Brian) Cole of Reston VA, as well as her sister-in-law Ruth “Micki” Schermerhorn of Skaneateles and her tirelessly giving nephew and neighbor, Sean (and Areli) Schermerhorn in Geddes. Carrie passed away covered up with her prized blanket that was adorned with the names of all her loved grandchildren – Marie, Anna, Paul David, Kelly, Katie, Cara, Bailey, Jordan, Carly and Amelia.

The Memorial Services for Carrie are still being determined as the families determine how to allow for friends and family to attend from out of state. They will be available from her online obituary posted at www.edwardjryanandson.com at a later date.

To plant a tree in memory of Caroline Gannett, please visit Tribute Store
Share A Memory
Plant a Tree