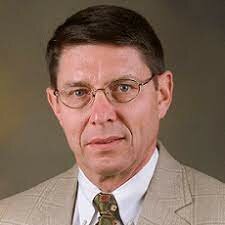 Please share a memory of William to include in a keepsake book for family and friends.
View Tribute Book

Bill was born October 3, 1951 in St. Louis, MO. He was raised by his grandparents, Dr. Samuel and Ursula Leibov, and learned his passion for medicine from his grandfather’s example. Growing up an avid outdoorsman, he was drawn to the Boy Scouts, where he achieved the rank of Eagle Scout.

After graduating high school, Bill attended the University of Missouri and received his BA while a member of Phi Delta Theta fraternity. He received his DO from the University of Health Sciences at the College of Osteopathic Medicine. He accepted the Army Medical Scholarship and completed his Internship, General Surgery Residency, and Surgical Critical Care Fellowship at Letterman Army Medical Center.

Bill joined the faculty at SUNY Upstate Medical University in 1993. He worked at Upstate and/or the Syracuse VA Medical Center continuously for almost 30 years. During this time Bill was actively involved in both the NY State and national trauma communities. Bill was currently Professor of Surgery and Critical Care, Chief of the Division of Trauma and Acute Care Surgery, and Medical Director of Perioperative Services at Upstate Medical University. Bill served as Chair of the NY State Trauma Advisory Committee, Chair of the Verification Review Committee (VRC), and was a member of the American College of Surgeons Committee on Trauma (COT).

As part of his service to the American College of Surgeons, Bill served on the Board of Governors and as Past-President of the New York Chapter. His engagement with the COT began in the Regional Committees where he served as the NY State Chair followed by two terms as the Chief for Region 2. He was appointed to the central COT in 2014 where he made major contributions to the Quality programs serving as an active VRC reviewer and Chair of the VRC, and member of the Executive Committee. He was instrumental in the creation of the new trauma center standards due to be released this year. In addition to his work with the COT, Bill was a leader in the NY State trauma system, serving as Chairman of the State Trauma Advisory Committee.

Bill had a distinguished 22-year career in the US Army Medical Corps where he served in Operation Desert Storm and rose to the rank of Lieutenant Colonel before retiring in 2001.

Bill, a long-time communicant of Immaculate Conception Church and a member of the parish council, was an avid reader, fisherman, golfer, and griller. He enjoyed spending time on Canandaigua Lake with family and friends.

Bill is predeceased by his grandparents, Dr. Samuel and Ursula Leibov, his parents, Arthur Marx and Dorothy Henschke, and confidant, Helen Williams.

He is survived by his loving wife of 37 years, Charlene, his beloved children, Courtney, Whitney, and David, a brother, Dr. Robert (Rebecca) Marx, a sister, Mary Ursula Marx, many nieces and nephews, as well as the extended Cusick family.

A Mass of Christian Burial will be held Wednesday, February 16, 2022 at 9:30am at Immaculate Conception Church of Fayetteville. Calling hours will be held Tuesday, February 15, 2022 from 4-7pm at the church. Burial with military honors will take place at Onondaga County Veterans Memorial Cemetery.

To view Bill's Funeral (viewable 5 minutes prior to the start):  https://icfayetteville.org/funerals/

To send flowers to the family or plant a tree in memory of William Marx, DO., F.A.C.S., please visit Tribute Store
Tuesday
15
February