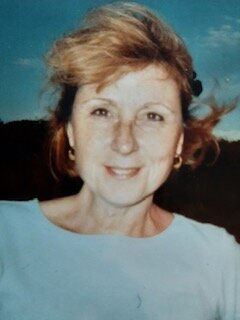 Please share a memory of Susan to include in a keepsake book for family and friends.
View Tribute Book

Susan Riley Clarke, educator, poet, and mother, died in her sleep on April 14 in Syracuse, New York. Ms. Clarke was known to her friends, family, and colleagues for her sense of flair, her purposeful and artful use of words, her advocacy for equity and justice,, her warmth for children, nature and animals, and her love of the communities and beaches of Cape Cod. She was 71.

Ms. Clarke was born and raised near Boston, Massachusetts. She graduated from the Northampton School for Girls. Susan studied English Literature at Syracuse University, began her family, and later completed her bachelor's degree in English at Westfield State College. She went on to gain her masters degree from the University of Massachusetts. In the mid-1970's through the 1990's, Ms. Clarke taught high school English in South Hadley, Massachusetts.

While teaching high school English, Ms. Clarke returned to the University of Massachusetts and earned her educational doctorate degree. She then became a professor of education at Quinnipiac University in Hamden, Connecticut, where she stayed until her retirement. A student from Quinnipiac shared that Dr. Clarke was a 'believer and a true supporter' in and of the family of students that she taught and mentored, and that she had made a profound difference in her students' college experiences and life choices.

Dr. Clarke led a writer's life. She attended and led writing workshops and was an accomplished, published poet. Often, she wrote poems about her children or Cape Cod (frequently, her children and Cape Cod). In response to her words, a colleague and friend replied that "...this universe is changed every time you put your pen to parchment or your pencil to a ragged page torn from your young son's school notebook".

Anyone who knew Dr. Clarke knew of her immense love for her son, daughter, and grandchildren. She is survived by her daughter, Megan (Hart) of Marietta, New York, and son, Joshua (Kortright), of Belchertown, Massachusetts, along with her beloved grandchildren Kalyani, Quinn, Eli, and Luke. A celebration of Susan’s life will take place on Cape Cod in the fall.

From Leaving the Cape:

I am watching my little girl's skinny legs

scurry in and out white ocean foam like the terns.

I am making a check through empty rooms,

of thinking they are still two and four

on a sunny day at Skaket,

where I'd chase them and scoop them up

along the little bayside waves.

To plant a beautiful memorial tree in memory of Susan Clarke, please visit our Tree Store

A Memorial Tree was planted for Susan
We are deeply sorry for your loss ~ the staff at Edward J Ryan & Son Funeral Home, Inc.
Join in honoring their life - plant a memorial tree
Online Memory & Photo Sharing Event
Online Event
About this Event