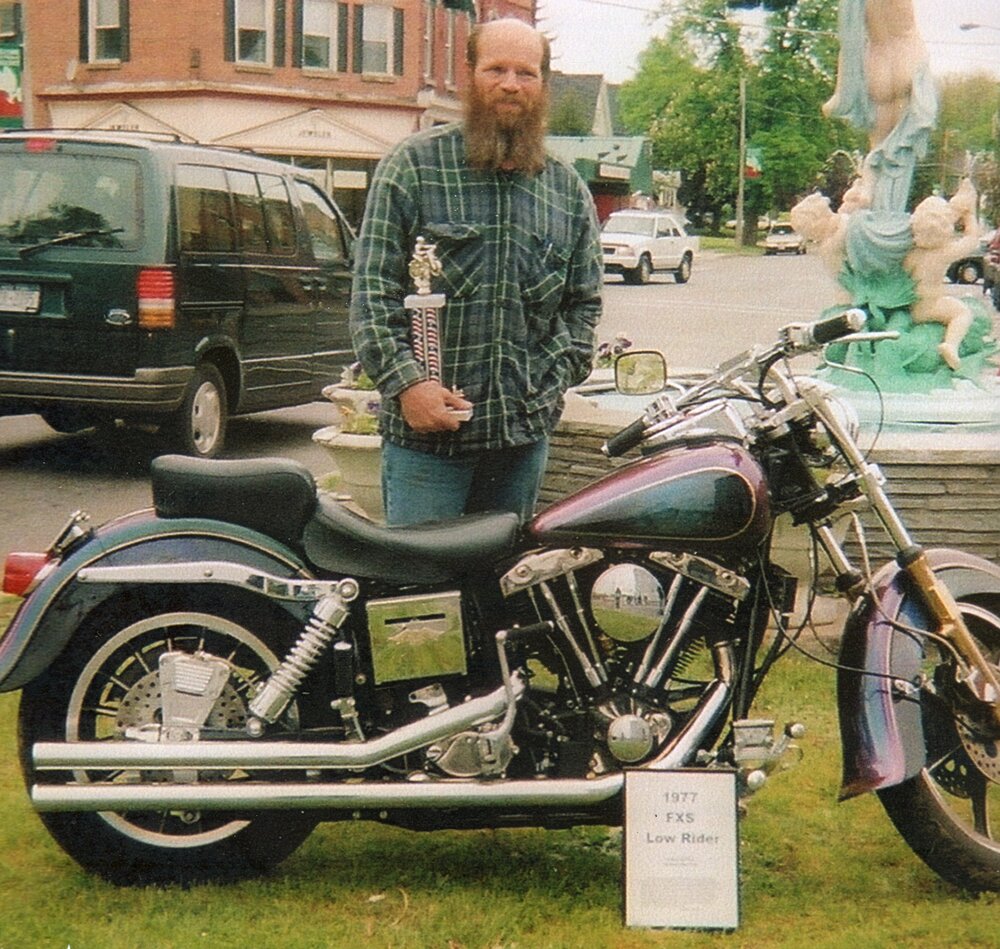 Please share a memory of James to include in a keepsake book for family and friends.
View Tribute Book

Jim was a hard worker, a gentle soul and a man of many talents. He attended Fayetteville-Manlius High School prior to serving in the US Army. Throughout the years he was employed as maintenance manager at several apartment complexes, and as a  maintenance mechanic for several companies, including Bimbo Bakery, from which he recently retired.

Favorite pastimes of Jim’s obviously included motorcycling, but he also cherished time spent with family, a good bonfire, traveling and doing projects (lots of projects).  Jim genuinely enjoyed helping people and could fix anything, including completing a full restoration of his prized possession, a 1977 Harley Davidson FXS Low Rider.

One of the few things that Jim did not have to fix was an Indian motorcycle that he purchased brand new, for the ride of his life.  In August of 2017, he spent 30 days riding that Indian cross country and on Route 66, racking up 7,934 miles of treasure filled memories.

Once services are complete a bonfire will be held at Jim and Charlotte’s in his honor.

To send flowers to the family or plant a tree in memory of James BeVard, please visit Tribute Store
Tuesday
14
June